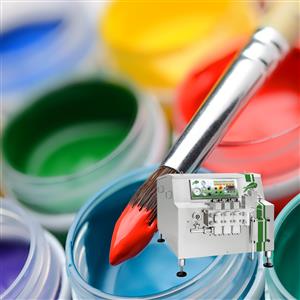 One of the greatest difficulties that are met during the processing of liquid products is making the product stable: a paint that does not have color variations in the whole tin, a lipstick that does not have lumps or air bubbles that could compromise its solidity, a cough syrup that has the same amount of active ingredient in each single dose, milk that does not present separation between the fat and the liquid part, etc. When a liquid substance is produced, it is critical that its composition is homogeneous throughout its lifetime. The operation to be carried out to achieve this result in the product is homogenization!
To permanently mix one or more substances in a liquid, it is necessary to use a mechanical device: the homogenizer, which allows to micronize and disperse the suspended particles in the fluid. The process makes the chemical composition of the product highly stable, even during subsequent treatments and storage.
In order to homogenize the liquid, the product reaches the homogenization valve at low speed and high pressure. A violent acceleration of the liquid, followed by an immediate deceleration, causes cavitation, a phenomenon that creates internal vapor bubbles which will subsequently implode. The cavitation theory holds that shock waves created by imploding vapor bubbles break up fat globules. According to this theory, homogenization occurs when the so-called pressure drop occurs, which is a rapid change in pressure (measured in bar or psi) which suddenly decreases to zero. The treated liquid is also affected and upset by intense turbulence and high frequency vibrations which originate from the passage of the liquid through the homogenizing valve and cause a collision with the impact ring.
The homogenizers can be equipped with one or two homogenizing stages. Double-stage homogenizers are generally used for the treatment of fatty products and are specific to prevent the re-aggregation of fat particles after the first phase of the process. The homogenizing valves are assisted by a special hydraulic unit which guarantees precision and accuracy.

The image below shows the three different phases that the processed product goes through in the homogenizer: 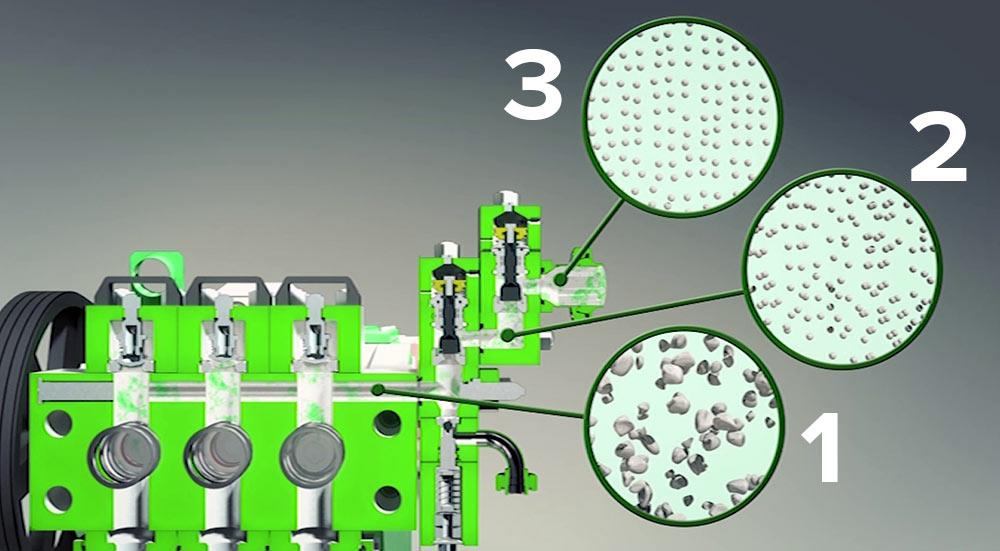 At the end of these three phases, the typical benefits of homogenization for several food products will be:
• greater product stability
• absence of unaesthetical separation
• smoother texture of the product
• increased perception of taste
• greater digestibility of the processed product
• longer shelf life due to reduced sensitivity to fat oxidation

It is truly amazing how a simple mechanical process such as homogenization can give so many benefits without altering the dietary composition of the products! Go homogenization!